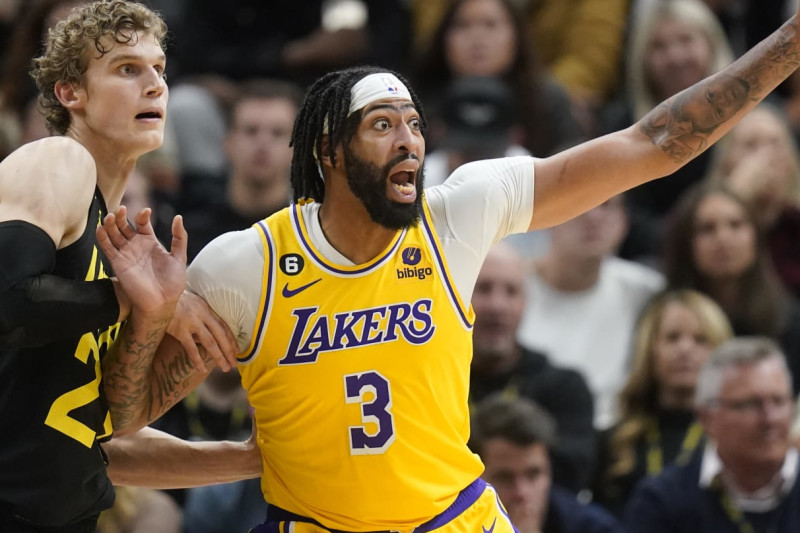 The 2022-23 NBA season is off to a surprising start for some teams.

The Utah Jazz, who traded their three best players in the offseason, are 10-4 and in first place in the West while the playoff-hopeful Los Angeles Lakers are tied for the league’s worst mark at 2-10.

Sluggish starts by teams like the Miami Heat, Dallas Mavericks and Brooklyn Nets could lead to some early trade action as well, and the ongoing circus in New York’s second-largest borough could have the franchise going in a number of different directions.

The following NBA trades would have previously shocked the league, although all are looking more likely as the season unfolds.

Instead, the Jazz have posted the NBA’s third-best record and fifth-highest net rating (plus-5.3) through the first three weeks, leaving the franchise in an awkward position.

While tanking the season for a top draft pick was the goal, should Utah keep riding this wave and actually look to build on what’s become a deep and talented young roster?

If so, this could be a surprising new home for Turner.

The 26-year-old is averaging 17.9 points, 8.7 rebounds and 3.1 blocks in his 28.3 minutes and would help anchor a defense that’s stayed remarkably similar to last year’s version with Gobert. A starting lineup of Mike Conley, Jordan Clarkson, Lauri Markkanen, Kelly Olynyk and Turner is huge and brings a nice balance of scoring, playmaking, outside shooting and now shot-blocking.

Putting a lottery protection on their own first-rounder ensures that if the Jazz suffer some injuries or fall back into tank mode that they keep their pick as well.

For the Pacers, this is a chance at possibly adding a fourth first-round pick in 2023 to assist with their rebuild and keep Utah away from the lottery if possible.

Horton-Tucker is still just 21 and can be a foundation piece moving forward, while Kessler, the 22nd overall pick in the 2022 draft, gives Indiana a young, defensive-minded center with Turner gone.

Heat Move on from Kyle Lowry

The Heat are off to a disappointing 6-7 start to the season, with the declining play of Lowry a big reason why.

The 36-year-old is showing his age and posting the worst swing rating of his career, with Miami getting beat by 13.7 points per 100 possessions with Lowry on the floor (14th percentile overall, per Cleaning the Glass).

For an offense that ranks just 17th overall with Lowry running the point, it may be time for the Heat to move on.

Getting Kuzma solves the starting power forward problem, as the 27-year-old has been a talented scorer for Washington in an expanded role. Morris can step in as Miami’s starting point guard in place of Lowry, and Barton is a do-it-all wing Erik Spoelstra can plug into the rotation.

Washington could use Lowry as a placeholder at point guard in the backcourt next to Bradley Beal, and moving veterans such as Kuzma and Barton open up more playing time for Rui Hachimura, Deni Avdija and Corey Kispert to shine. The Wizards also get Miami’s first-round pick next summer, assuming the Heat reach the playoffs.

Luka Doncic has carried Mavs offense since the day he arrived in Dallas, yet at no time has his workload been as immense as it is now. A usage rating of 39.1 percent leads the NBA, with the Mavericks offense plummeting to the 10th percentile (104.8 rating) when Doncic is out of the game.

Dallas needs another ball-handler and scorer to turn to when Doncic and Spencer Dinwiddie need a rest or inevitably miss games. Among players who could become available, no one is more talented than Irving.

Getting the seven-time All-Star via Brooklyn would give the Mavs the most lethal offensive backcourt in the NBA and allow Dinwiddie to return to a sixth-man role. Both Irving and Doncic can operate with or without the ball in their hands, with defenses being unable to double now that both are on the court.

There’s no long-term commitment that Dallas needs to make, either, as Irving is on an expiring contract. Even if the relationship doesn’t work out, the Mavs save $17.9 million in cap space next summer by getting off Hardaway’s contract.

Brooklyn should be eager to get whatever it can from Irving and end what’s been a carousel of disappointment the past three-and-a-half years. ESPN’s Zach Lowe described Irving as “radioactive,” meaning any return almost certainly isn’t going to match his talent and production level. The trade offers for Irving, if there are any, will likely all seem underwhelming.

This combo of players from Dallas may be the best on the table.

Hardaway is a proven wing scorer who’s still just 30 years old, and Powell gives the Nets some much-needed size and defense up front. Getting two solid starters/rotation pieces for Irving, a player who Brooklyn isn’t going to re-sign next summer, is good value before he walks for nothing. 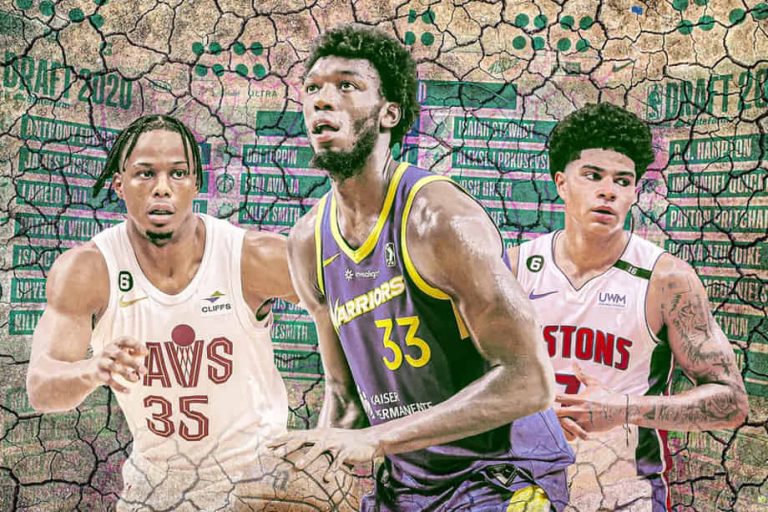 Every draft has its busts, but the 2020 class is an outlier in all the wrong ways. It’s hard not to be when almost every lottery pick has fallen short of expectations. When the Golden State Warriors play in Philadelphia on Friday in a matchup of championship contenders, James Wiseman won’t take the court. That’s…

Fan voting to help determine starting lineups for the 2023 NBA All-Star Game will start on Tuesday and run through January 21, the league announced Thursday. The 72nd NBA All-Star Game will be played on February 19 at Salt Lake City, Utah.   Fans can select three frontcourt players and two guards for both the…