Every draft has its busts, but the 2020 class is an outlier in all the wrong ways. It’s hard not to be when almost every lottery pick has fallen short of expectations.

When the Golden State Warriors play in Philadelphia on Friday in a matchup of championship contenders, James Wiseman won’t take the court. That’s because the 2020 draft’s no. 2 pick is currently in the G League and has appeared in just two NBA games, spanning 14 total minutes, since early November.

Wiseman’s path hasn’t been easy. He played just three games in college due to NCAA eligibility issues, he faced a truncated adjustment period to the NBA due to the pandemic, and he missed the entire 2021-22 season due to injury. Yet even those caveats can’t explain how much worse the Warriors have played with Wiseman on the floor: Over his career, the 7-footer ranks 755th out of 775 players in RAPM, a plus-minus stat that adjusts for teammates and opponents.

But at least Wiseman has company from his fellow draft classmates so far down the RAPM rankings. One of the only players below Wiseman is Killian Hayes, the seventh pick in 2020, who ranks 763rd. Patrick Williams, the no. 4 pick, isn’t much better in 721st place.

Every draft has its busts. Even the best-remembered, most decorated drafts of all time have players who don’t fit alongside the Hall of Famers, like Sam Bowie in 1984 or Darko Milicic in 2003. But the 2020 draft stands out because of just how many highly touted prospects faltered upon reaching the NBA.

Neither Ball nor Edwards is the best player from the 2020 draft, however. To find the top dog requires venturing outside the top 10—much like how the 2013 draft, with Giannis Antetokounmpo, saw its best player come off the board with the 15th pick.

This chart of the top players in the 2020 draft demonstrates two patterns. First, the order of this draft class doesn’t really matter—in fact, the correlation between pick number and WAR for players selected in the first round in 2020 is 0.08, which means no discernible relationship. (If anything, the slight positive correlation means players picked later in the round have more value than players picked earlier so far.)

Fan voting to help determine starting lineups for the 2023 NBA All-Star Game will start on Tuesday and run through January 21, the league announced Thursday. The 72nd NBA All-Star Game will be played on February 19 at Salt Lake City, Utah.   Fans can select three frontcourt players and two guards for both the… 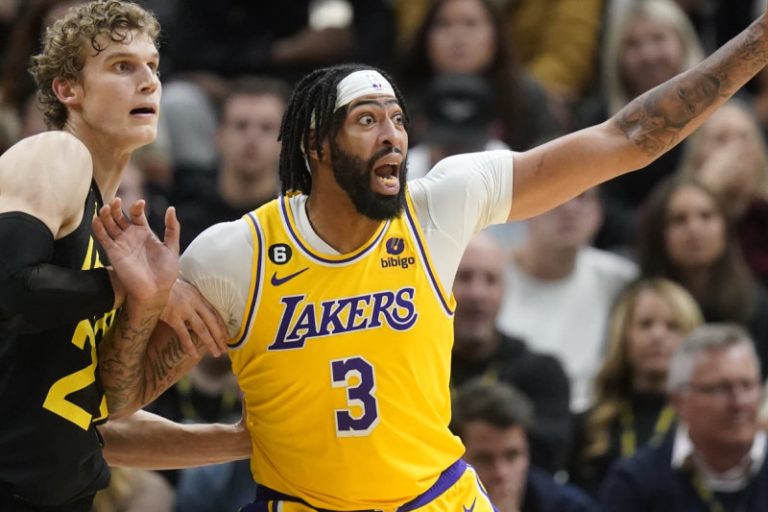 The 2022-23 NBA season is off to a surprising start for some teams. The Utah Jazz, who traded their three best players in the offseason, are 10-4 and in first place in the West while the playoff-hopeful Los Angeles Lakers are tied for the league’s worst mark at 2-10. Sluggish starts by teams like the…